Today we will be looking at Rock Lee’s marriage situation and I would argue that Metal Lee is indeed Rock Lee’s biological son, rather than an adaptive one. So despite the claims of some people, Rock Lee’s wife and Metal Lee’s mom would be the same person, not two different people. However that’s all I know for sure, as for who this person is, let’s find out by looking at three possible women, Azami, Ayame, and of course Tenten.

Let us first make sure that Rock lee is indeed married since you don’t need to be married to adopt a child. And seeing how many of the Naruto characters have adopted children, this is a good question. As we all know even Rock  Lee himself was somewhat an adopted child of Might Guy.

So, how can we know for sure if Rock didn’t just adopt Metal Lee?

Surnames aside, even their first names are on a similar theme Metal and Rock, and I can definitely see someone named Rock naming their son metal. 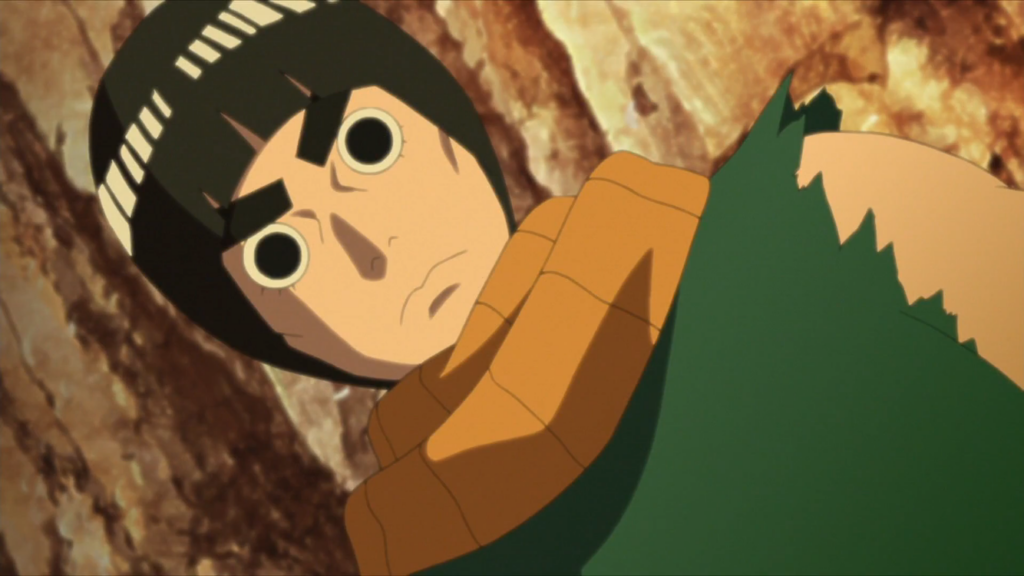 The main point is that having the same surname proves that Metal Lee is indeed Rock Lee’s biological child because characters in Naruto don’t simply have the same surnames without having a blood relationship. Just consider the case of Rock Lee himself, he never inherited the surname of Might Guy, even when they looked like father and son.

Another example that supports this argument is the case of Gaara and Shinki, although it’s officially confirmed that Shinki is indeed Gara’s adoptive son yet he is just known as Shinki of the Iron sand.

You might say, that was in Naruto let’s talk about Boruto now. Well, a good example of adoptive sons not sharing the last name of their adopted parents is in the case of Kawaki who Naruto adopted.

Let me repeat, characters in Naruto or Boruto don’t simply inherit the last names unless there is a biological connection, thus we can safely say Rock Lee indeed has or had a woman in his life, and this woman is also Metal Lee’s mother.

In short, we know Rock Lee had a wife because of Metal’s last name. We also know that is not an Orochimaru and Mitski situation because frankly, that is just not possible for any other characters.

Yet still, the question remains…

Who is Metal Lee’s Mother and Rock Lee’s Wife? We have made it abundantly clear that there is a strong possibility of Metal Lee having a mom who is married to Rock Lee. But we haven’t yet made it clear who is the person Rock Lee married. The truth is nobody knows for sure, it isn’t officially confirmed but we can still guess. In theory, there are three strong candidates and we will tell you the arguments in their favor.

So, the question remains, who did Rock Lee marry? Let us elaborate on that now. Tenten would be the most obvious partner since they spend their whole youth together, and they had great chemistry together. We even know Tenten was feeling weird without a date at Naruto’s wedding, and the person she cares about in her age group is Lee. There are two main reasons why people think Tenten and Rock Lee had Metal Lee as their son.

As we all know Metal does not have Rock Lee’s big round eyes. We can see his eyes are a little slanted, and lo and behold Tenten has those same eyes. Although Metal’s eye color, hairstyle, and eyebrows are exactly the same as Rock Lee’s, then why the hell are his eyes different? Actually, his eyes are pretty unique and every few other characters have this eye shape, and Tenten is one of those characters.

Like his father, Metal Lee is a genius when it comes to hard work and Taijutsu. But unlike his father, can externally discharge his chakra and hence execute ninjutsu. As a result, he is capable of doing Ninjutsu and Finjutsu successfully, able to employ both to limit a person’s actions and enhance his teammates.

If Finjutsu is the art of sealing jutsu using scrolls. And let me remind you that Tenten is the most prominent user of Finjutsu, I mean her whole fighting style is around summoning Ninja weapons. And if that wasn’t enough Metal is quite good with ninja tools himself, he is indeed a mixture of Tenten and Rock Lee, just like how Inoji’s fighting style is a mixture of his parents Sai and Ino.

Ayame is a hard-working girl employed at Ichiraku ramen. In fact, she is the daughter of the Ichiraku Ramen guy. You might think, why the hell is she on the list? To be honest, it’s because we are grasping at straws here. She is the only girl left in Konoha eleven’s age group that can be shipped with Rock Lee.

We can see, that she is a great person as she often shows kindness to the lonely Naruto, she even gave him an expensive Ramen bowl for free. Apart from her personality being a good fit, we can see her features are pretty similar to Metal as well, mainly the eyes just like in the case of Tenten. Chen, the great grandmaster, is Azami’s grandfather. You may have never heard of him, but he was a very popular character in the Hidden Leaf Village. In fact, he was unparalleled in taijutsu, and, like Rock Lee, he couldn’t perform ninjutsu at all.

Apart from Guy, he was the other person Rock Lee considered his master. And in a Naruto episode, Rock Lee devoted himself to learning from him. The theory goes something like this, apart from Tenten, Azami is Lee’s closest female acquaintance who didn’t have a partner that we know of, and besides this, she is also passionate about Taijutsu like our guy Rock Lee. Since she’s also the granddaughter of Master Chen, whom Lee holds in high regard. It’s possible that they run into each other frequently, causing them to fall in love.

Is Rock Lee Even Married?

Seeing how Naruto anime was, you need to be prepared to face some facts. We may never know who is Metal Lee’s mother and Rock Lee’s wife. It’s pretty likely that this will happen since we also don’t know anything about the mother of other Taijutsu masters who donned the iconic green jumpsuit.

Keep in mind that we were never told the identity of Might Guy’s mother, as well as Rock Lee’s mother, so what’s stopping the Boruto franchise from not mentioning Metal’s mother ever. It’s unlikely that it will ever come into the discussion unless it’s a big plot point in the future.

In summary, there is a strong possibility that Metal Lee is Rock Lee’s biological son. This is because they both share the same surname since characters in Naruto don’t have the same surnames unless they are related by blood. We still can’t say for certain which character married Rock Lee, but three characters fit the role of Rock Lee’s wife and Metal Lee’s mom, these are Tenten, Ayama, and Azami. Tenten remains the most probable person who became Rock Lee’s wife. This is despite the rumors going around that Tenten is officially single, which is simply not true.