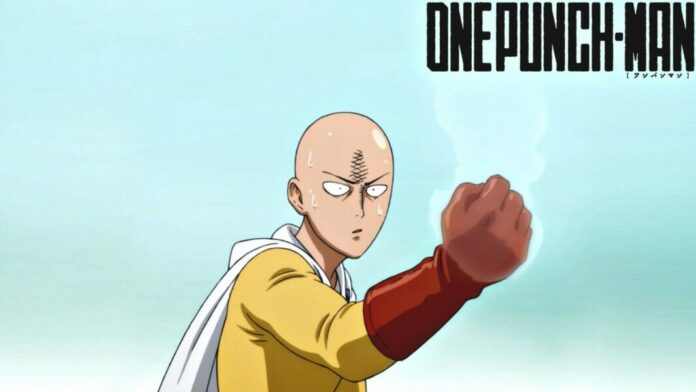 Have you ever wondered what makes a good anime?

I would have never watched the anime Haikyuu if I was going by the plot on Netflix. But then I watched its first episode and was totally hooked. These are the things I considered when I selected these anime series for you. Don’t get too hung up on their plot or setting, these are simply good anime on Netflix that deserves a watch.

Another thing to keep in mind is, that all these anime are available to be watched on Netflix, the most popular streaming service right now.

Here is the list of Best Anime Shows on Netflix: Should I watch Blue Exorcist?

Yes, definitely it is one of the best shounen anime out there. Our protagonist is pretty likable when considering other shounen leads. The setting and characters are written to be a breath of fresh air, as the anime has a great deal of originality!

The story is not very straightforward, which I like. I think it is one of the less predictable stories, while not being one of the mind-blowing ones or anything. The anime deserves a watch from any shonen anime fan.

Still not willing to watch?

THE PROTAGONIST IS LITERALLY THE SON OF SATAN!!!

I hope that I have convinced you. One of the most wonderfully weird anime that I have ever watched. This anime is all about the food as the title suggests.

The chefs battle it out at the famous Tōtsuki Culinary Academy to create the most delicious foods. The recipes and ingredients used to make the food are pretty accurate, and it demonstrates the original writer knows a lot about the culinary world. This anime shows our mc and other prominent characters face challenges as they are tested thoroughly by the school. If you fail any of these tasks you are thrown out of the academy. Although the story goes beyond high school later on.

If you are looking for good shounen anime to watch like food wars, check this out. Whether you are a sports fan or not, you need to watch Haiku right now! Haikyuu is one of the best-written anime that I have ever watched. This anime is about a small volleyball team (Kurasuno Volley Ball Team) trying to reclaim its former glory by winning matches and tournaments.

The anime does a good job of being grounded in the reality, by not introducing supernatural attacks with names, as most Shonen anime does. Instead, the anime goes into great detail about how the characters improve and learn new abilities. All the characters in the anime are flashed out, as no one feels like just another background character

RELATED:  All Straw Hat Pirates Ranked by Strength! (May 2022) Death Note is certainly among the most popular anime ever created. The anime is about a high school student who gets a hold of a notebook that belongs to an Angel of Death. This Death Note allows him to kill anyone he desires, just by writing his or her’s name on the book.

The protagonist is a kind of anti-hero with a God complex who wants to rid this world of all evil, no matter how questionable methods he uses. After getting this power he vows to kill every last criminal in the world to achieve peace. So, the world is engulfed by Titans, giant humanoid creatures that love too much on some humans. To survive humanity has to live behind these huge walls. Think of the setting of a zombie world, where the zombies are freaking enormous, countless, and extremely fast.

All is going well until some intelligent titans show up that carefully plan and destroy a part of the wall. The anime is filled with the death of Important characters, and the mystery of this world is sure to be extremely interesting for all. As the anime show progresses the story delves deeper into this world of titans and walls. Certainly, one of the funniest Anime you will ever watch. In this anime, our main character’s name is Saitama, a guy who defeats everyone with a single punch. Yeah, that’s the whole premise, this guy is always tremendously bored as he constantly trying to find someone that can rival his power. One would think the running gag of the main character defeating everyone with one punch will get old real fast, right? No! the anime has many other things going for it, this has put this show among the most popular anime of all time. If you haven’t seen Jojo, then I don’t think any words can accurately describe this anime. But let me try, this anime is a story about the decedents of the Jojo family, each part/season of Jojo features the decedent from the next generation.

The people of the Jojo family have a unique ability to use ‘stands’, which are kind of like genies that heed to your every command. Each generation has a different villain fight with (mostly it’s related to Dio). The show has so much charm that will pull you right in, with its top-tier ironic comedy it’s no wonder that the show has given birth to so many memes. People that love watching long-running Shounen anime should watch Hunter x Hunter as soon as possible. It’s heartbreaking to see so many people sleeping on this show like this is one of the best Shounen anime of all time.

Seriously, you will love it without a doubt if you are a fan of Naruto, Bleach, One Piece, or Dragon ball Z. The storytelling methods taken by this show are undeniably groundbreaking, while the themes are one of a kind. The power system in this world is called ‘Nen’ (like Naruto has Chakra), and it is one of the best-defined power systems in all of anime, in my opinion. This anime is one of the most beautiful things ever drawn, apart from Studio Ghibli’s films. The animation is magical, and everything goes perfectly with the storytelling of the anime show. The show is set in a medieval world, while the focus is on the more dark, more gritty side of it. Anime tells the story of Dracula who is enraged by the worst of humankind. And a trio has to go defeat him or convince him that he should not destroy humanity. The trio consists of Dracula’s son, an experienced Hunter, and a Witch, they set out to meet the vampire king Dracula.

5No Game, No Life This anime is the story of ultimate gamers named Shiro and Soro, who are somehow teleported to another world. They call themselves the Blanks, the duo is a pair of unbeaten gaming champs. Enthralled by their undefeated streak, the god of games from another universe challenges them for a game of chess. The duo believes it to be just another game and decides to play along. Soon, they find themselves imprisoned in a parallel world, where the rules are unclear and hardly on the side of the players. To escape this world they need to defeat the God of games. This anime show centers its story in a fantasy world while bringing an exciting plot. It is delightful to watch Shiro and Soro play in contrast to impossible odds while executing 10,000 IQ strategies to ensure their survival.

This is one of the most critically acclaimed anime out there. While other anime have plenty of imperfections with pacing and ending, Fullmetal Alchemist is technically one of the best anime ever created, with consistent pacing, perfect ending, and stellar animation.

But as we all know good technicalities don’t make good anime, as you need something more to make an anime that is enjoyable and memorable. And honestly, Fullmetal has that element that makes it stand out from all the anime. It is about two brothers trying to get back what they have lost, two characters dealing with the consequences of playing God, and finding ways to reverse the effects of their previous naïve mistakes. Are you a big fan of Greek Mythology? Me too, and I know the recent attempts at incorporating the mythologies of the stories have fallen quite flat on their faces. But don’t be worried anymore, as Netflix presents you with a beautifully animated series that takes a fresh take at the pathology. The anime tries to create something new, instead of ‘cashing’ on the famous and infamous names of the mythology. Perhaps the most exciting part is that the show will be animated by the same studio that gave us Netflix and Castlevania. This is one of the greatest anime you will ever see. The world of Naruto has so much charm as you see these cool-looking ninjas do cool ninja stuff. While the show brings your attention to the hardships faced by each character. The anime develops each of the characters to the fullest, and after that lets them all free to interact with one and another.

RELATED:  Is Denki Kaminari a Traitor? My Hero Theory Explained!

For example, you have a genius Ninja who wants to attain the greatest height of power by any means possible to avenge his loss, he meets another ninja who is hated by all but he desires strength to protect all. They meet and find that they have a lot in common, yet they make good rivals until and unless one of them accepts that the other character’s ideology is superior to his.

Literally, the most popular Anime and Manga of all time is One Piece. This is a story of the greatest adventure in anime, as the story progresses the crew gets bigger. The anime is about a pirate Monkey. D Luffy embarks on a journey to find the greatest treasure of this world named One Piece.

Which was left behind by the most legendary pirate in the world named Gold Roger. Although the plot may seem pretty generic, please believe me this is one of the most unique and original things you will ever watch. The characters are coupled with great storytelling and excellent worldbuilding to show a journey in great detail that is unmatched in anime.